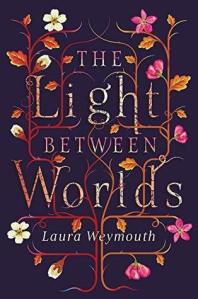 Five years ago, Evelyn and Philippa Hapwell cowered from air strikes in a London bomb shelter. But that night took a turn when the sisters were transported to another realm called the Woodlands. In a forest kingdom populated by creatures out of myth and legend, they found temporary refuge.

When they finally returned to London, nothing had changed at all—nothing, except themselves.

Now, Ev spends her days sneaking into the woods outside her boarding school, wishing for the Woodlands. Overcome with longing, she is desperate to return no matter what it takes.

Philippa, on the other hand, is determined to find a place in this world. She shields herself behind a flawless exterior and countless friends, and moves to America to escape the memory of what was.

But when Evelyn goes missing, Philippa must confront the depth of her sister’s despair and the painful truths they’ve been running from. As the weeks unfold, Philippa wonders if Ev truly did find a way home, or if the weight of their worlds pulled her under.

The Light Between Worlds is a YA fantasy book set in England during WW2. It’s about two sisters and their brother who end up unexpectedly in a fantasy land called the ‘Woodlands’ and what happens to them when they leave that world and go back home. This book is very reminiscent of the Chronicles of Narnia, it is so similar that it almost feels like a retelling of it. I loved the Narnia series and I also loved The Light Between Worlds because I liked how The Light Between Worlds focuses mainly on the ‘real’ world and the effects that being in the Woodlands had on the characters.

Evelyn, the youngest sister, never wanted to leave the Woodlands and throughout the book we can see how much the Woodlands had affected her mental state. It’s clear the Evelyn has depression and I liked how the book focused on that. There is such sadness in Evelyn’s pov as she really longs to go home to the Woodlands.

I thought the book was beautifully written and I felt that the writing made the story even more poignant. I also liked how the book centres on the sister relationship of Evelyn and Philippa and I thought it was interesting to read about Evelyn and her depression from Philippa’s pov.

Overall I loved The Light Between Worlds but it is a sombre and sad book as it deals with a character with depression. I loved how reminiscent of Narnia the book was and I also loved the writing of it. I liked how we get to see both sisters’ points of view and how they contrasted each other.

2 thoughts on “Book Review: The Light Between Worlds by Laura E. Weymouth”